So you’ve got your heart set on a mid century modern remodel and love the mid-century style?

Maybe you need quality Denver home renovation contractors for your mid century split level home that needs renovations, or perhaps you have a few pieces of furniture or art you find inspiring. No matter what your influences are, we are here to give you a guide to mid century modern design. 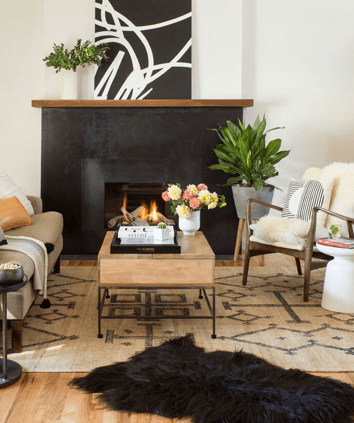 If you’re not quite sure what mid century modern design entails, your first thought might be the set of Mad Men. You aren’t wrong – but it is so much more than Don Draper’s office and the ubiquitous Eames chair and ottoman.

While authentic mid century modern pieces of furniture are true collector’s items, both the design and function of the mid-century design architecture have stood the test of time.

Mid century modern style spans architecture, interior design, and art. Designers, artists, and architects were developing and exploring this style from the mid-1930s until the mid-1960s. The function was vital, so there are still many practical applications for families and homeowners today.

One commonality we see in mid century design is utility. During the height of the era, many individuals, as well as families, were moving to smaller, urban homes. So naturally, they needed streamlined spaces. Mid century modern design, therefore, represents sleek, modern appearance with high functionality.

What You Need to Know About Mid century Modern Furniture 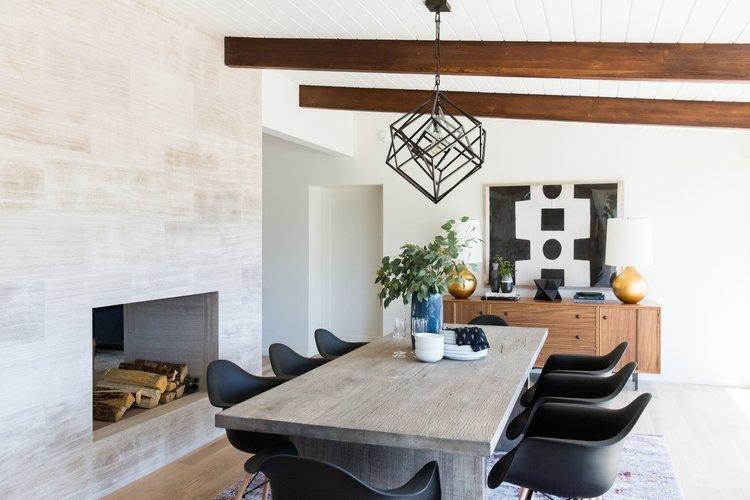 One could argue for centuries artists and architects preferred form over function, and mid century modern turned that on its head. That’s not to say mid century modern furniture isn’t beautiful or unique. It just means you will see a lot of natural materials like wood and polished metal. Later on in the movement, designers also embraced newer elements like plastic and vinyl.

A wonderful thing about mid century modern design is that with all these materials featured, it is easy to mix mid century modern furniture in with your existing furniture. And this design style is still popular so you can get new pieces that aren’t vintage but still reflect the mid century model look you seek. Our architectural designers help you with this.

Utilizing the Exterior of Your Home for Open Concept Architecture 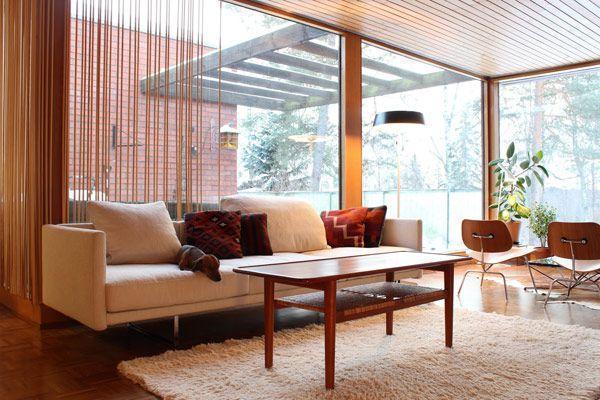 Mid century modern homes are easy to identify when it comes to architecture.

Mid-Century modern homes architecture is characterized by clean, comfortable spaces and not much in terms of ornamentation. There is lots of natural light, and homes are designed for gathering. This is also when we begin to see “open concept” homes that were meant to be inviting, with living spaces, the kitchen, and eating areas all connected rather than keeping them separate. 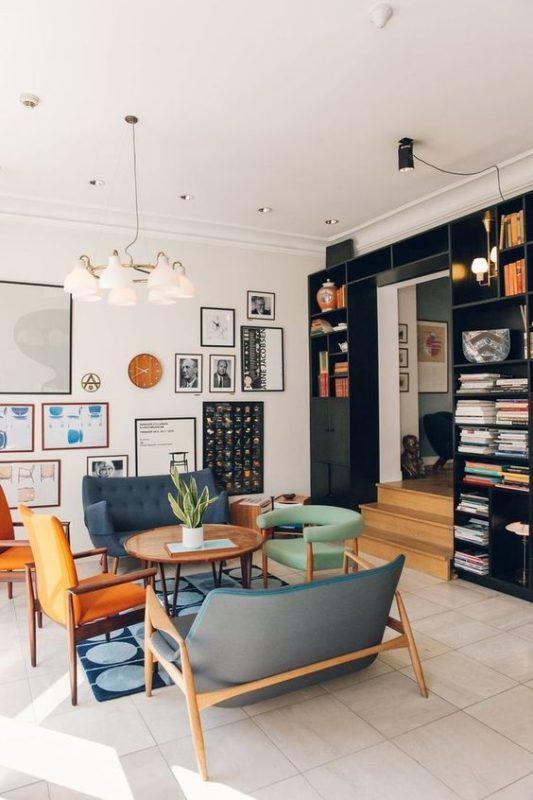 You would think a design trend that is over 70 years old would have had its heyday and we would be on to the next thing. Of course, art, architecture, and design trends have forged ahead. But people still love mid century modern design which is why we still see so much of it. Why are we still fixated on it?

To start, mid century modern furniture is made from natural, high-quality materials that are meant to last for generations. We aren’t talking Ikea, snap-together furniture. This is stuff you can send with your kids when they go to college, and it will still be cool and in good condition.

Another reason mid century modern lives on, especially in Colorado, is that there is a big emphasis on your natural surroundings. So with all of our days of sun here, we love picture windows, high ceilings, and walls of glass.

Also, since the birth of the open concept home, people have embraced the lack of closed off spaces. Many of our renovations involve tearing down walls and restructuring spaces to create an open concept. For many of our clients, their family life or entertaining needs revolve around the kitchen. Open concepts allow the kitchen to connect to other spaces in the home where people spend time.

If you are inspired by mid century modern design and need to remodel your home to make the design successful, we would love to help using our design-build process.

Check out the Factor Design Build Process to learn more about our design-build Boulder and Denver, CO services.

We used Factor to renovate a 1966 ranch-style house in Cherry Hills. Once we got to know the team and felt comfortable with the operation, what began as a kitchen remodel turned into a full-on 10-month renovation of the entire house. We absolutely saved time and money having the design group working out of the same office as the construction team. This allowed for a seamless and intuitive process that delivered for us on time and on budget. It is worth noting Factor has talent at the trade-level – Travis, our construction manager, is a real pro. They did a great job for us and I would highly recommend their services.

I recently completed a whole house remodel in Boulder with Factor; siding, windows and concrete work as well as new kitchen and bathrooms, floors, interior trim and doors. My project turned out great and I am very happy with the results.

Factor Design was nothing but professional and accommodating throughout our entire remodel process, and we are thrilled with the result. The team prided themselves on quality craftsmanship and completed the project on time and within budget. We love our new kitchen, bathrooms and built in sunroom. Thank you, Factor Design Build.

Ready to invest in your home and yourself? Let’s discuss your next luxury design-build project.