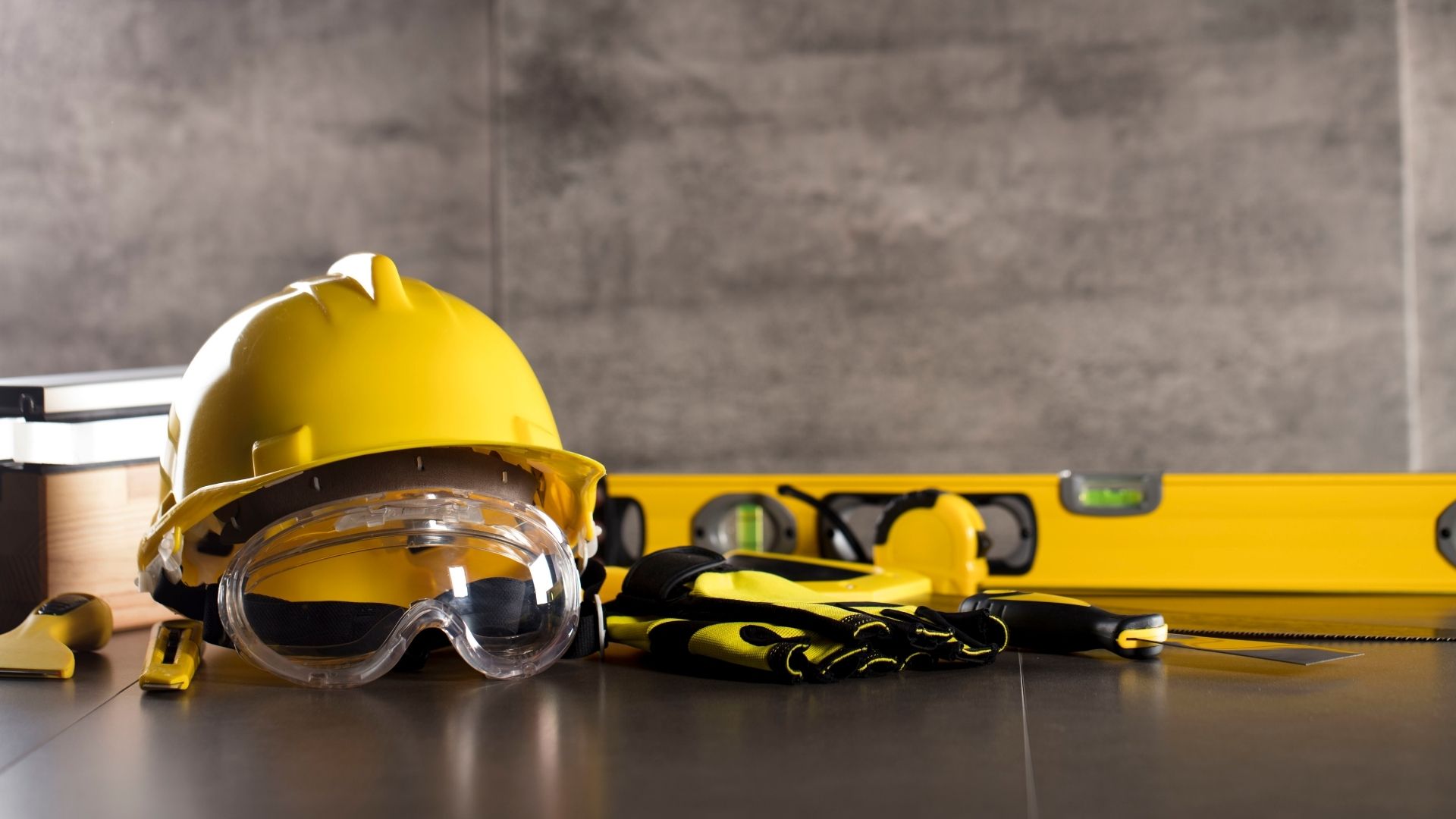 What Is The Design Build Method?

Learn the big difference between a design build contractor and a traditional general contractor. Design-Build vs. General Contractor Difference

The most important things to understand about the design build methodology are as follows. Design build is:

Make no mistake about it, this isn’t bluster on our part; individuals and organizations throughout the United States are turning to the design build process for faster, more affordable, and better results in the design-build firm vs general contractor process of building.

➢ But how does the design-build process work?

It’s a topic we’ve covered in several other areas of our website, but let’s quickly recap how design build works.

Design build differs from the traditional way of doing things in that the designers and the contractors are members of the same company—they all work together under the same roof. This is how we operate here at Factor Design Build.

We employ a four-phase approach to the design build methodology with a general contractor architect, which simplifies the process and makes sure that everyone is on the same page throughout the entire project. Phase one involves, as you would suspect, what we call the “design download” process—in other words, we’ll meet, talk, and figure out exactly what you want.

Phase two is the design phase, where our in-house team of architects actually start putting together the plans for your home or building. We pride ourselves on being transparent, open, and available, and thus your involvement during this phase is not only permissible, but encouraged.

During phase three, our design build contractors will begin the actual physical construction of the home or building—and this is where the process literally and figuratively comes to life. Our design build contractors have direct daily communication with the design team, which means that there’s no room for mistakes, misinterpretations, or other problems so common with the traditional process.

The last phase of the process involves showing you the final project and extending a free two-year warranty, which we proudly include with every project we complete. Finally, we’ll schedule post-work inspections to make sure everything is holding up exactly as it should.

This is so important to the design build methodology because it means that the people actually putting hammer to nail will be in direct communication with the specialists who designed the building—they work together, they’re part of the same company, and share the same goals and dedication to craftsmanship.

Since the designers and the design build construction contractors each know how the other works in the general contractor vs. designer dynamic, plans can be discussed openly. Both sides of the relationship know what the other is capable of, and this results in a far more harmonious work environment.

It sounds so simple, and yet this is a relatively new concept in the world of construction projects. Once you’ve built a home or commercial building using the design build process with a firm like Factor Design Build, you’ll marvel at the notion that this isn’t how it’s always been done.

This is because the traditional construction process is fraught with problems, most of which are due to the fact that contractors and designers are not only totally separate entities, but are often at odds with one another.

Design Build Architecture: How Designers and Contractors Work Together During a Project

It’s only natural that designers and contractors should work together during a construction project, right?

This, however, is not how things have traditionally been done—and that’s why so many people have had negative experiences with having a home or commercial building constructed, with experiences ranging from mildly inconvenient to outright nightmarish.

Oftentimes what happens in the traditional process is that the designer and the contractor will blame one another for the potential problems that can occur during the process. Things like scheduling problems or delays, budget overruns, or even on-site conflicts are not all that uncommon.

This can be particularly problematic for people with strict budgets or timelines. Say, for example, that you’re having a commercial building made. You hire an architectural firm and let them know that you have a very strict budget, but need X, Y, and Z features—the designers work their magic and present you with a set of plans that completely fit your goals. Excitedly, you take the plans and pass them over to a general contractor, an entity completely separate from the designers in this scenario.

Design-Build Method and Methodology in Colorado

What could end up happening here in Colorado – and in fact does on a fairly regular basis in the real world is that the contractor isn’t quite as concerned about meeting your budget as the designers intended. Perhaps they’ll blame the designers, saying that the plans were overly optimistic, or that the designers don’t understand the real-world fundamentals of actual construction. If you take the plans back to the designers with these complaints, they might do the same thing: blame the contractor for the problems.

Unscrupulous contractors know that they have a unique position in the sense that if you ask them to stop working on a project, they know you’ll be sitting with an unfinished home or commercial building. This, for most people, is undesirable to say the least—and thus they begrudgingly go along with budget overruns.

The design build methodology eliminates problems like these, since the designers and the contractors are all part of the same team. Not only do they work together on the project form the very beginning, they have the same goal in mind: a happy customer. There’s no room for finger-pointing or playing the blame game in the design build process, since these two entities, the architects and the contractors, are no longer separate, but part of a singular force.

For the homeowner or business owner, this all works out remarkably well. In fact, design build projects tend to be finished faster and more often well within the client’s stated budget than if they were two individual companies working on the same project—or, as one might put it, competing over the same project.

The bottom line? Design build eliminates a lot of problems and results in a better outcome for everyone involved.

Since the design build contractor’s part of the job is to physically erect the home or commercial building, their involvement mostly begins when the actual construction starts—however, that’s not to say that they’re not available to the architectural team during the design process. In fact, that’s one of the major benefits of the design build process.

Traditionally, the architects and actual general contractors would work in relative isolation from one another; this means that the designer can’t ask the general contractor questions or receive feedback from them as they actually create the designs. While this process is mostly invisible to the end consumer, it makes a palpable difference in the level of craftsmanship, teamwork, and overall project quality.

Having said that, at Factor Design Build we don’t view this as a “behind the scenes” process—our clients are always welcome to become involved. In fact, many of our clients during their initial meeting have the opportunity to meet with not only the architectural design team, but the fine men and women who will actually be building the home they’ll be living in or the commercial building they’ll be working out of.

If one were to approach a construction project in the traditional way, that wouldn’t be possible—in fact, many homeowners hire an architectural firm long before they’ve met a general contractor who will be the one actually doing the physical work of constructing the building. This, as you can imagine, makes for far less than optimal efficiency. The design build process solves all of those problems and more.

At Factor Design Build, our team has worked on countless projects throughout Denver and the state of Colorado. Whether we’re helping our clients remodel their kitchens so that they can finally feel at home, or building a brand new home to their exact specifications, we’re always delighted when we hear feedback about how easy it was to work with us thanks to the design build methodology.

The benefits really can be seen throughout the entire process, from start to finish. During our initial meetings, you’ll be able to remain confident that the design you have in mind will be what actually gets built, because the designers you’re speaking with actually know and work with the construction contractors on a daily basis—in fact, we’re all a part of the same big family here at Factor Design Build.

During the construction process itself, you’ll have the opportunity to meet with our team, both designers and contractors, on a regular basis. This will give you the chance to enjoy regular status updates about what’s happening with your project and how we’re doing. For remodels, we aim to make this process as seamless as it can be, because we don’t want your day-to-day life to be interrupted by a kitchen or bathroom remodel.

Rather than hiring an architectural firm and then a totally separate construction contractor, you can enjoy being part of the fastest growing method to deliver construction projects in the United States, used by both individual home owners and enterprise-tier corporate entities putting down multiple commercial buildings. The future is now, and it’s called design build.

Ready to Work With a Design Build Construction Company in Colorado? Here’s How to Get Started

If you’d like to learn more about the design build process and how our team at Factor Design Build can help get your project done faster, within budget, and with higher quality than the competition, we invite you to contact us at your earliest convenience. Give us a ring at (303) 872-3482 to schedule a meeting at our convenient Denver location. We look forward to serving you!